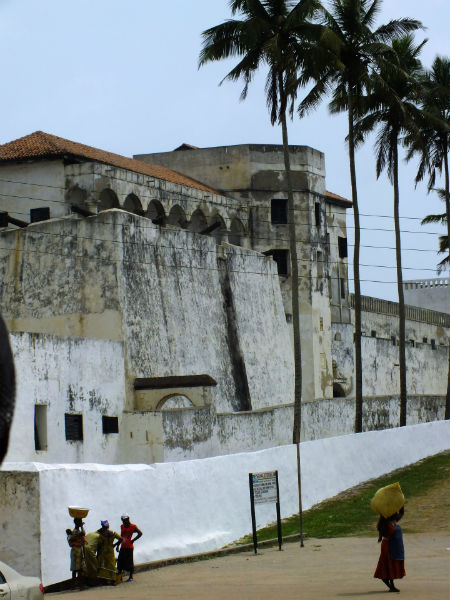 A short synopsis of the history of Akan peoples.

The ancestors of the Akan people did not originally inhabit the modern lands of Ghana and Cote D’Ivoire. Instead, they are thought to have migrated south during the 11th or 12th century. Their origins before this migration are somewhat unclear, but they likely began as citizens of the older Ghana Empire. In addition, some historians maintain a much earlier link to the ancient rulers of Egypt and Nubia. Whatever the case may be, these settlers soon established trading kingdoms such as Bono, which grew alongside the Akan gold trade. The soils of the region, later known to Europeans as the Gold Coast, contain plentiful deposits of the precious metal. From Bono, the Akan diversified into many smaller kingdoms and cultures, including the Akyem, Asante, Akuapem, Abron, Kwahu, and Fante.

Early Akan kingdoms built powerful, gold-based trade networks throughout West Africa. Within a few centuries, they had attracted the attention of European Atlantic trading interests looking to expand their reach. The Portuguese arrived first, building Elmina Castle along the coast in 1482. The Dutch and British soon followed. In the 16th and 17th centuries, colonial development in the Americas fueled the increasingly lucrative Atlantic slave trade. Slavery, already a common practice in the region, gradually replaced gold as the major industry of West Africa. This lucrative demand led to a fiercely competitive environment among the Akan states. By the 17th century, the kingdoms of Denkyira and Akwamu were prominent. The largest Akan state, the Asante or Ashanti, organized under Osei Tutu I to win independence from Denkyira in 1701.

The Kingdom of Ashanti and the Fante

The Kingdom of Ashanti controlled one of the most important global trade centers for two centuries. Its population for the most part resisted both Muslim and Christian conversion attempts in favor of their ancestral faith. They organized the many villages of the Gold Coast into a kingdom and then empire, funneling their prisoners of war to slave-trading ports. While many of these slaves came from across Africa, a significant number were Akan themselves. Conflict between the Asante and Fante came to a head as the British and Dutch fought for control of Elmina and other trade forts. The Asante, allied with the Dutch, entered a series of bloody wars with the British and the Fante. The struggle ended in 1902 with defeat for the Ashanti dynasty. The kingdom became a loose protectorate of the British for another 55 years.

Modern Ghana, Cote d’Ivoire, and the Kingdom of Ashanti

When Ghana gained its independence in 1957, the Kingdom of Ashanti and separate Akan states fell under its control. Cote d’Ivoire, a former French colony, also inherited Akan territories. While the two modern countries possess legal authority on most matters, Akan societies may still elect leaders in their traditional ways. The Asante in particular are a powerful political force in Ghana, though they are not the only Akan people represented today. Neighboring cultures within their larger nations include the Ga-Adangbe, Mole-Dagbon, and Ewe peoples.

Wilks, Ivor. Asante in the Nineteenth Century: The Structure and Evolution of a Political Order. Cambridge University Press. 1989.