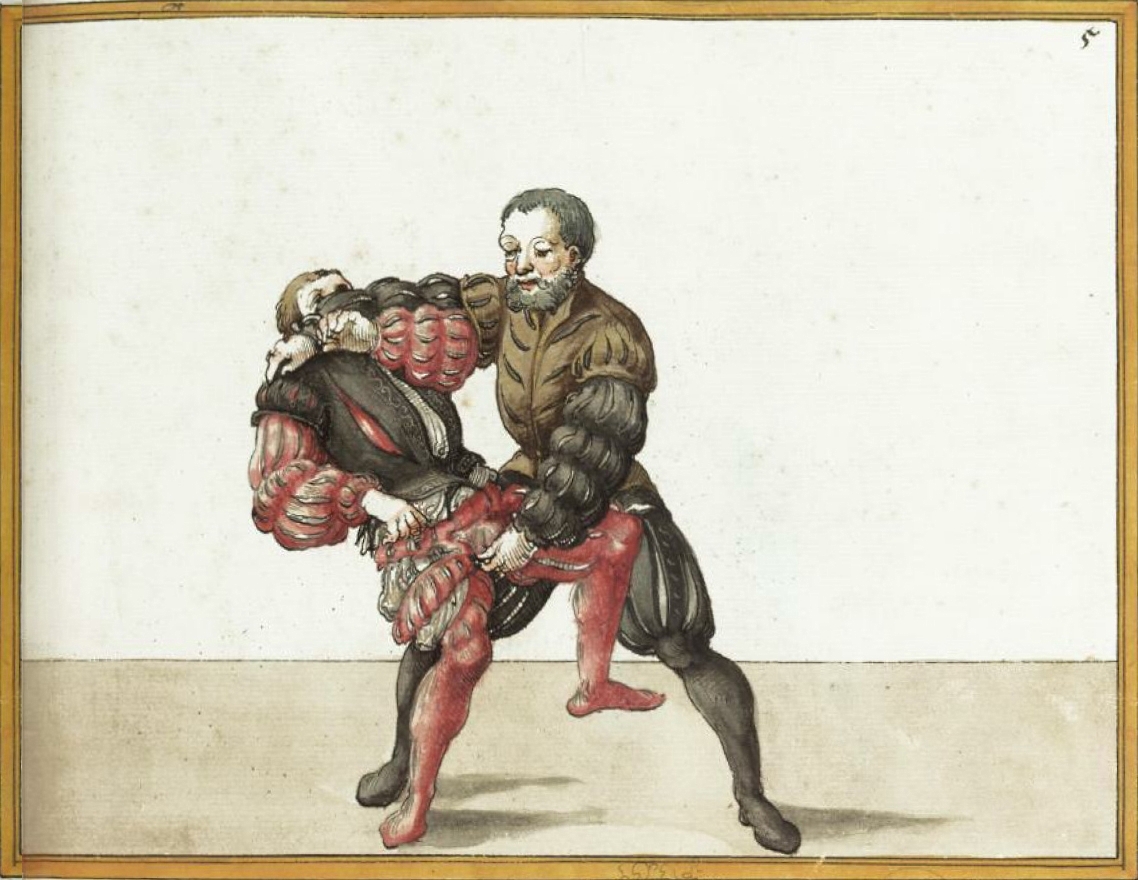 Wrestling represents the biomechanical foundation of any weapon-based martial art. Details of its techniques or mentions of its importance are included in nearly every major manual studied by practitioners of…

Wrestling represents the biomechanical foundation of any weapon-based martial art. Details of its techniques or mentions of its importance are included in nearly every major manual studied by practitioners of HEMA. Historically wrestling was often done for sport or recreation as well as for self-defense. Ringen is the German art of wrestling which the masters argue precedes all other combative arts. It is a complete system and details how to grapple standing up, how to pin opponents on the ground, grapple with or without weapons, and in armor. [1]

When wrestling unarmed, the goal is to pin the opponent or establish a position of dominance.

When fighting with daggers, the goal is to control the opponent’s dagger and either disarm or stab them. 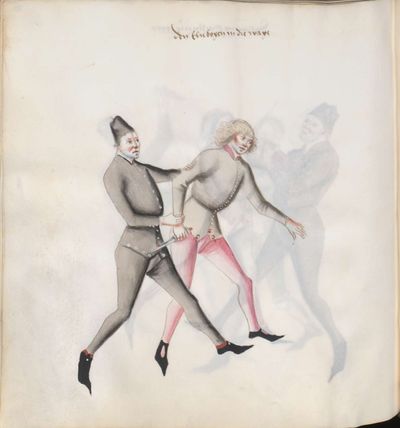 When wrestling with the sword (the German term is ringen am schwert), the fighter attempts to either pommel the opponent in the face, throw them to the ground, or disarm them. Image 82 below shows the act of pommeling, which means to hit your opponent with the rounded end of a sword. 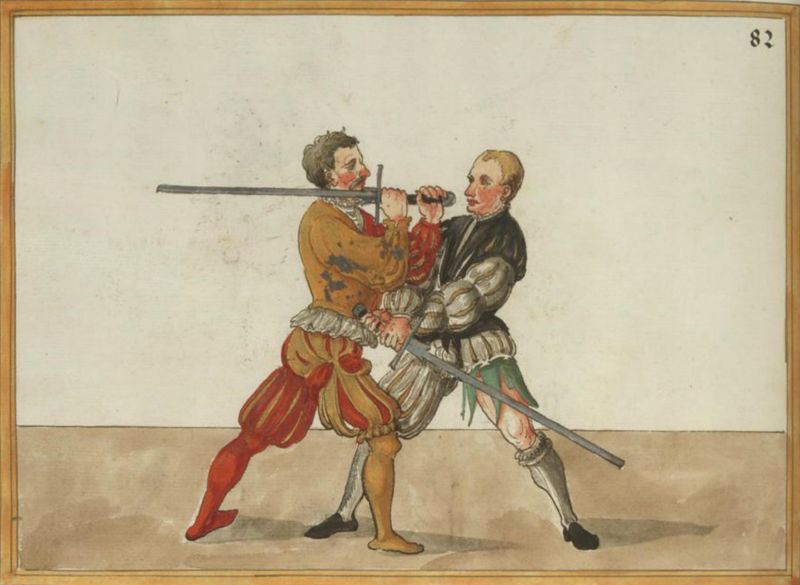 If wrestling in armor, then the objective is to wrestle the opponent the ground, then apply a joint lock or stab a dagger into their visor or other weak points. 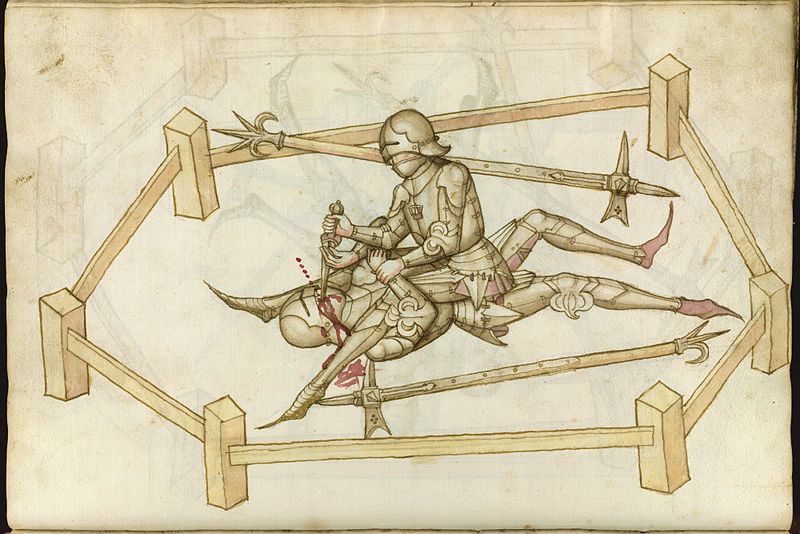 This is an example of HEMA Ringen.

A demonstration of how wrestling is incorporated into dagger combat.

A demonstration of wrestling with the sword.

Jessica Finley demonstrates the technicality of wrestling in armor.

HEMA gear on TOTA has an extensive list of recommended grappling equipment for beginners in HEMA.

Historical European Martial Arts (HEMA) is the study of European weapons and warfare from around 1200 to the First World War. The community studies surviving texts and interprets them into modern understandings that are tested and shared at regional, national, and international events. No martial experience is required to start, only the willingness to learn and the dedication to train.