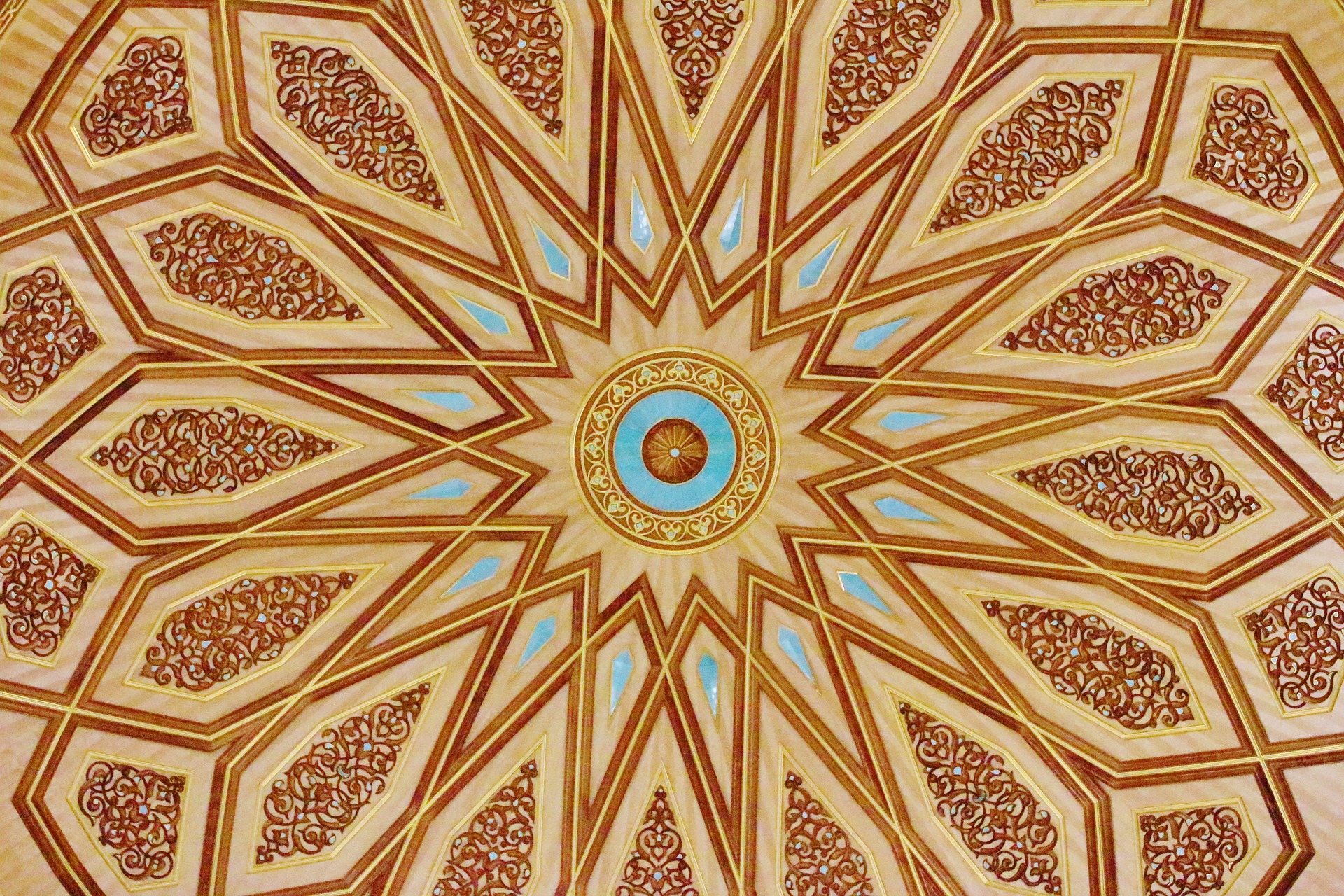 A glimpse of the traditional arts and music of the Arab world.

The artistic traditions of Arab culture for the most part developed alongside the religion of Islam. Because of this, they are heavily influenced by its teachings and often explore religious themes. Specific art styles within this larger tradition are shaped by regional cultures; the mosques of North Africa, for example, use different motifs than those of Saudi Arabia, India, Indonesia, or China. Arab art has adopted elements from many cultures, most notably the Persians and Greeks. One common factor across the Islamic world is a preference for geometric patterns and calligraphy over the depiction of humans and animals. Secular art and figure painting, however, are both represented in Arab art as well.

The Arabic language is a uniting factor of the Arab world as the language of the Quran. It is well suited to poetry and calligraphy, which flourished as the preferred artforms of much of the Islamic world. Because the Quran’s text is seen as sacred in itself, the writing used to convey it is also treated with great respect. Calligraphy has been used to decorate Islamic ceramics, coins, textiles, architecture, and manuscripts for centuries. The text typically conveys a religious message of adoration or a proverb, but it is also used for secular occasions.

Arabic poetry descends from the ancient oral literature of its pre-Islamic culture. At the time of Muhammad, the Arab people prized eloquence and skill in public rhetoric. The Quran reflects this tradition through its careful rhythm and imagery. The book was hailed as a miracle among early converts in part due to the beauty of its language. Poetry flourished through the medieval era, branching into numerous genres and themes. Arabic literature eventually became less prominent as Persia and the Ottoman Empire gained power, but its schools are still practiced and studied today.

Religious Art and Architecture of Islam

The most visible aspect of Islamic art is its architecture, brought to its highest form in the mosque. The earliest mosques were designed in the style of the Prophet Muhammad’s home in Medina. These hypostyle mosques feature long, columned prayer halls and courtyards. Around the 11th century, a Persian-influenced layout known as the four-iwan style grew more popular. This type of mosque surrounds an open courtyard with vaulted prayer halls. Over time, other cultures like the Turkish Ottomans developed their own mosque architecture, leading to the diverse forms seen today.

Many Arab mosques are decorated with complex geometric and calligraphic art. Ceramic tiles and glass are arranged to display elaborate patterns and colors on walls, floors, ceilings, and dome roofs. These decorations, combined with the use of light and sound, are meant to inspire religious devotion and awe in worshippers. 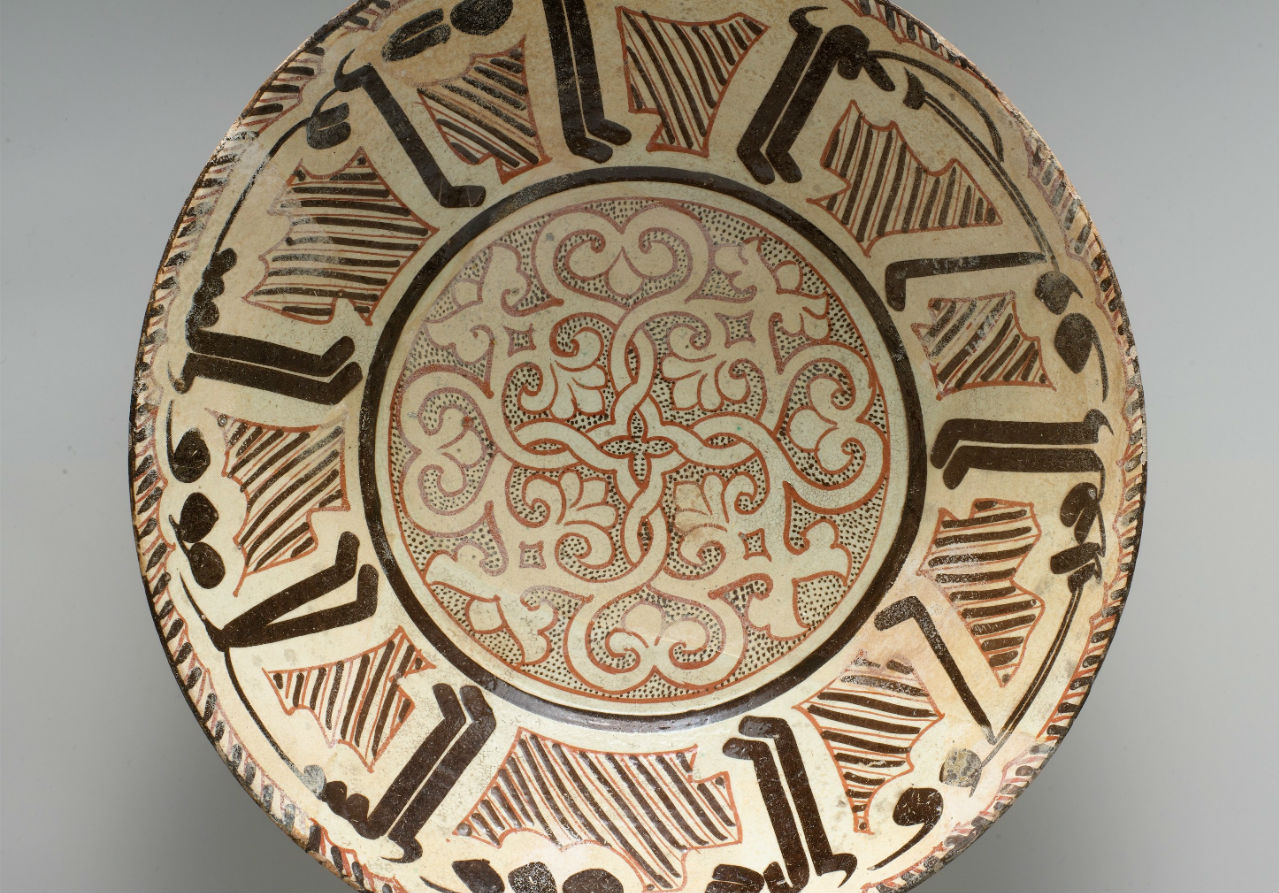 The geometric patterns seen in Islamic architecture carried over into Arab glassware, textiles, and ceramics. During the Islamic Golden Age, students and masters from all over Europe, Asia, and Africa traveled to Arab cities. Islamic carpets in particular soon became valuable commodities and a status symbol in the courts of medieval and Renaissance Europe. Ceramics of the Islamic world developed through decorative tiles and more functional pottery. When much of the region fell under Mongol rule, Arab, Turkish, and Persian artisans gained greater access to Chinese ceramic styles and techniques. The two cultures gave and took from each other in a blending of aesthetics.

Music holds a somewhat contested position in Islam. The playing and enjoyment of musical instruments has been held as immoral and unhealthy by Islamic scholars and the Quran itself. Different sects within the religion take different views on the subjects. Most songs viewed as halal are devotional and sung unaccompanied or with drums. However, secular folk music has always existed alongside Islam in the Arab world, and there is plenty of music among the compositions of early Islamic poets. Musical expression in the Arab League today is largely determined by each nation’s laws and cultures.

Modern Arab peoples produce art much like members of any culture. The Arab diaspora has encouraged the spread and adaptation of Islamic art around the globe, much like their conquests centuries before. Some forms of expression are not permitted within more conservative members of the Arab states. Nevertheless, the Arab world is home to numerous contemporary artists working in genres like painting, photography, film, sculpture, literature, and music. Whether within the Arab League or abroad, these artists often pursue themes that are religious or political in nature, reflecting the dynamics and histories of their diverse nations.