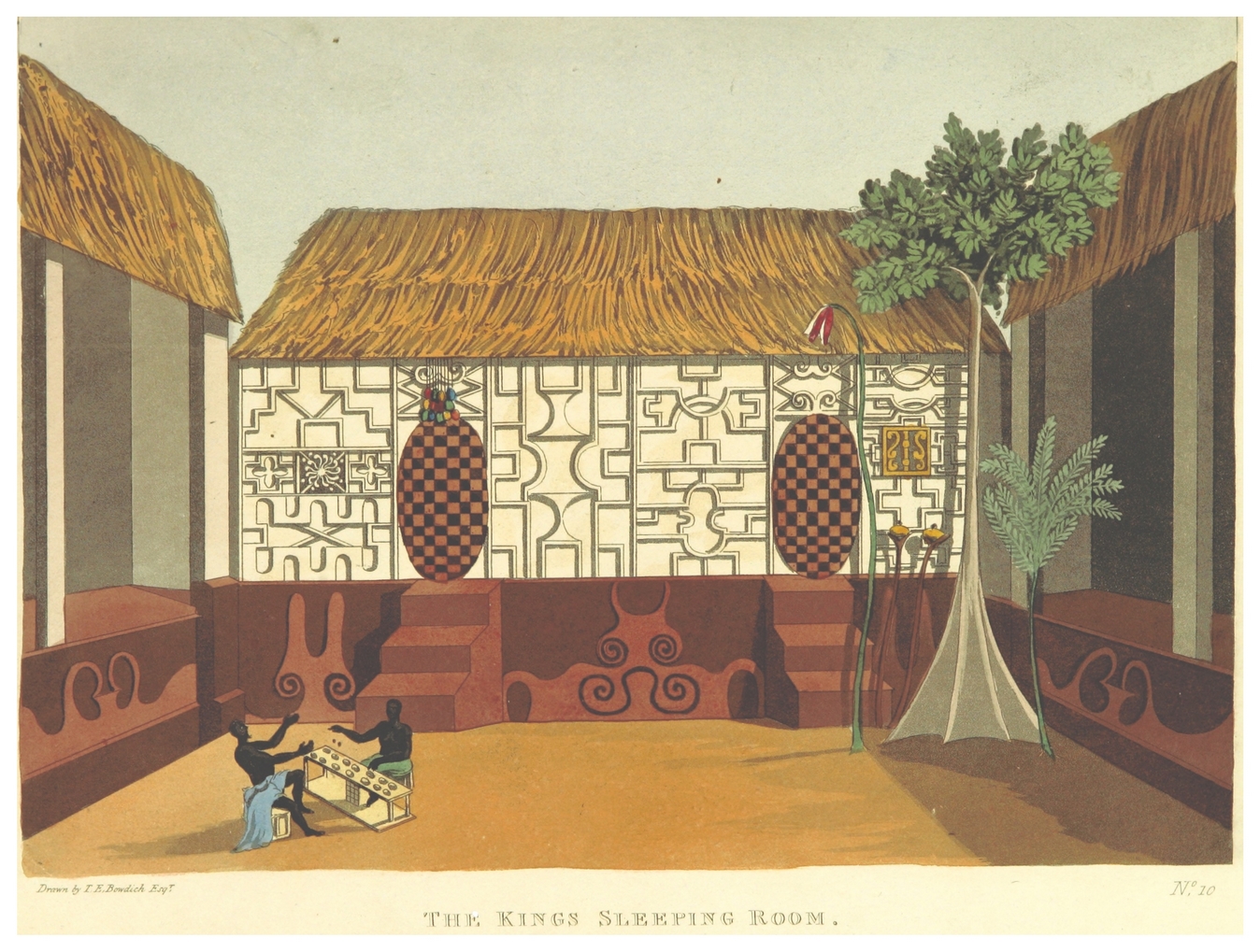 A look at the traditional homes and structures of Akan societies.

Historic Akan people lived within a variety of environments, cultures, and homes. Their houses ranged from simple thatched huts to elaborate palaces. Among the different Akan groups, fihankra compounds were most common. A fihankra consisted of four single-room houses and verandas surrounding a central courtyard. Traditional houses are built with wattle and daub or clay brick, roofed with thatch, corrugated iron, or sewn leaves. Ntwuma, a red ochre clay, is still used as plaster. Noble families and shrines decorated their walls with painted symbols and reliefs.[1][2]

Palaces and Forts in Asante Culture

By custom, Akan communities did not require many defensive structures. They lived along coasts and in dense forests, sheltered by their terrain. Walls were only needed in towns on the coastal plains to the east. Most used fencing and thick hedges to shield their residents. The colonial era brought foreign invaders eager to join the trade of West Africa. They were backed by the military might of their larger nations. The Portuguese, Dutch, and British all built forts along the coast to secure their trading interests.[3]

Besides these forts, the largest structure of precolonial Akan lands was the Asante royal palace. Decorated with gold, trellises, curtains, and elaborate reliefs, the stone palace towered above Kumasi. It was detonated and burned to the ground by British soldiers in 1874. Fifty years later, the British government funded Manhyia Palace to replace it and presented it to Asantehene Prempeh I. The original now serves as a museum of Asante history. A new palace built nearby in 1995 is the current seat of the Asante state.[4][5]

Akan architecture is best seen today at the traditional shrines of Ghana. Each shrine is home to a minor god, or abosom. Priests, or Akomfo, work from the shrines to help local community members in both spiritual and daily matters. They follow the fihankra style of architecture once typical in cities like Kumasi. Others draw from more modern influences, shaped like castles, churches, and even warships. In Fante areas, posuban shrines are home to asafo militias and the drums used to summon them.

Modern Ghanaian houses may follow Western or traditional styles. Symbols are still used to protect the home or denote a building's purpose.[1] Both rural and urban areas have seen the return members of the Ghanaian diaspora. These families often commission new houses, bringing new wealth and industry to the nation. The real estate boom in Ghana has, however, caused tensions between urban developers and rural farmers. Around 71 percent of the population works in agriculture, but the industry has declined with rising land value.[6]