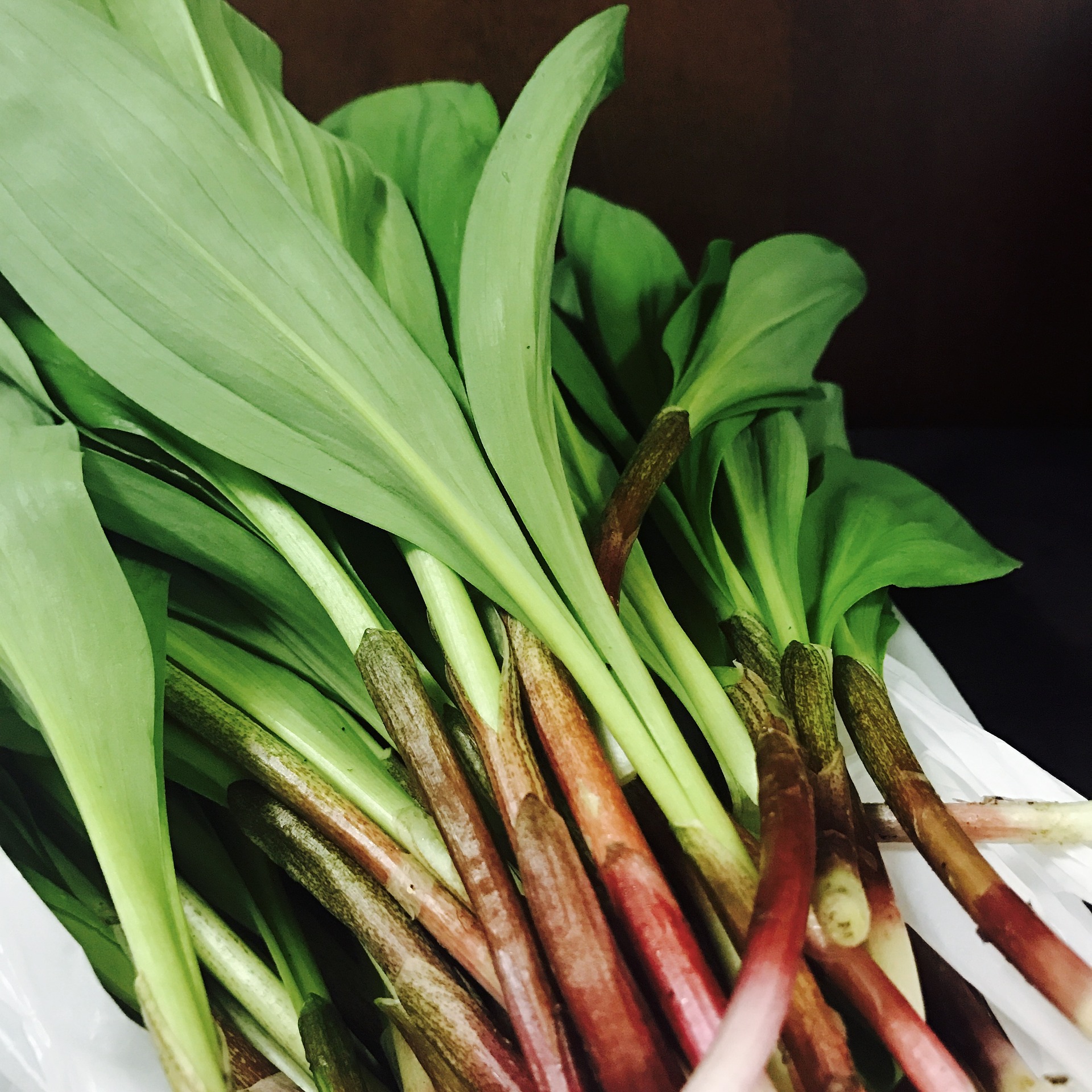 Examines the historic cuisine and diets of the Ainu.

Staples of the Ainu Diet

Historic Ainu people were hunter-gatherers who practiced limited agriculture. Their diets were rich in venison, bear, millet, beans, peas, salmon, trout, rabbit, shellfish, fowl, and foraged plants.[1][2] The Ainu lived as a sustainable part of their ecosystems for hundreds of years. On Hokkaido, a single household caught as many as 1400 salmon and 300 deer per year.[3] On Sakhalin Island, dogs were raised as both transportation and food animals.[1]

Ainu men supplied most of the red meat and fish for their families. Women, meanwhile, gathered wild plants and grew grains and vegetables. They picked leeks and lilies in the forest, as well as wild grapes and berries. In early spring, they tapped trees for sap and collected fresh shoots of mugwort. Over time, as natural resources on Hokkaido dwindled, Ainu people relied more on Japanese rice for survival.[2][4]

Women cooked these ingredients over a central hearth in stews, or ohaw. Unlike the Japanese, the Ainu traditionally did not consume raw fish. Instead, they preferred to smoke or dry their catch for winter and boil it for fresh meals. They served ohaw stews alongside rice or millet porridge. Boiled millet dumplings marked special occasions. Edible roots were ground into flour and then reshaped into cakes. For a special treat, women cooked chestnuts with salmon roe.[5][6]

Ainu people saw a life force in everything around them, including the food they ate. A plant or animal emerged in the world as the physical expression of a god, or kamuy. When it died, its life force returned to the kamuy to be born again. The kamuy, by choosing to return, ensured the prosperity of the Ainu. In exchange, the Ainu worshipped them, made offerings before each meal, and returned their bones to shrines called keyohniusi. In this way, both gods and humans benefited from their relationship.[7]

Before serving a meal, Ainu families left full trays near the hearth as an offering to Kamuy Fuchi. They took the dishes after requesting her permission to eat them. During the meal, guests and family members remained calm and quiet to honor the kamuy.[6]

The Ainu emerged as a culture during a period of increasing trade and contact with the Japanese. Throughout their centuries living as neighbors, the two cultures conducted regular trade. The greater military and economic power of the Japanese, however, soon led to an imbalanced relationship. Japanese officials traded rice and sake for the valuable natural resources of the Ainu. In many cases, Japanese employers paid their workers in sake.

This led to an increasing dependence on sake among the Ainu. The rice alcohol became an important part of their worship, beloved by the gods and ancestral spirits. Many communities have struggled with alcoholism as a result.[8] Before sake replaced it, the Ainu brewed their own millet beer. This too was a sacred drink offered to ancestors.[9]

Today, Ainu cuisine is still served regularly among Ainu families. For many decades, it was only available publicly at tourist centers. More recently, restaurants seeking to explore Ainu cuisine and share it with the world have popped up in cities like Tokyo.[5]