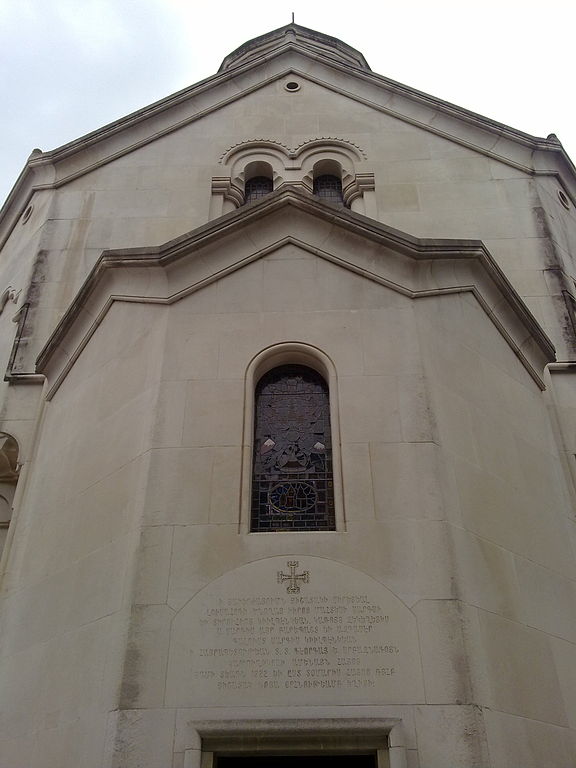 "The Armenian scholars in Europe are well-known, and on a level with the best of any country..."

There are very rich merchants among the Armenians at Vienna, Paris, Marseilles, London, and Manchester. There is a strong Armenian colony at Manchester. All of them are merchants, and some of them millionaires. Almost the whole clothing trade between England and Turkey is in their hands. They have a beautiful Armenian church there, and always a learned Armenian bishop; I speak from knowledge and observation. They are much respected by the English. Some of the Armenian gentlemen are married to English ladies of good family, and their domestic life is very happy.

Prince Loosinian, an Armenian, a very great scholar, and much respected by the French, lives in Paris; he is descended from the last Armenian dynasty. His brother Khoren Nar-Bey Loosinian was one of the foremost Armenian bishops; the Sultan of course hated him, and it is said had him poisoned while imprisoned in Constantinople.

The Armenian scholars in Europe are well-known, and on a level with the best of any country. There is not an institution of learning in Europe where they are not to be found, either as students or professors; and the prizes and medals they win are many.

There are two great centers in Europe for the Armenian scholars and authors: one at Vienna and the other at Venice. They have colleges and printing presses in these places; and they write, translate, and publish themselves in nearly all languages all sorts of valuable books. So the Armenian people are well supplied with the best modern books. But it must be remembered that these valuable books are forbidden by the Sultan to go into Turkish Armenia; he wants the people kept ignorant.

Some of their great scholars came home from Europe to preach and teach in Armenia, to elevate their nation; but some were killed and some banished during the recent atrocities.