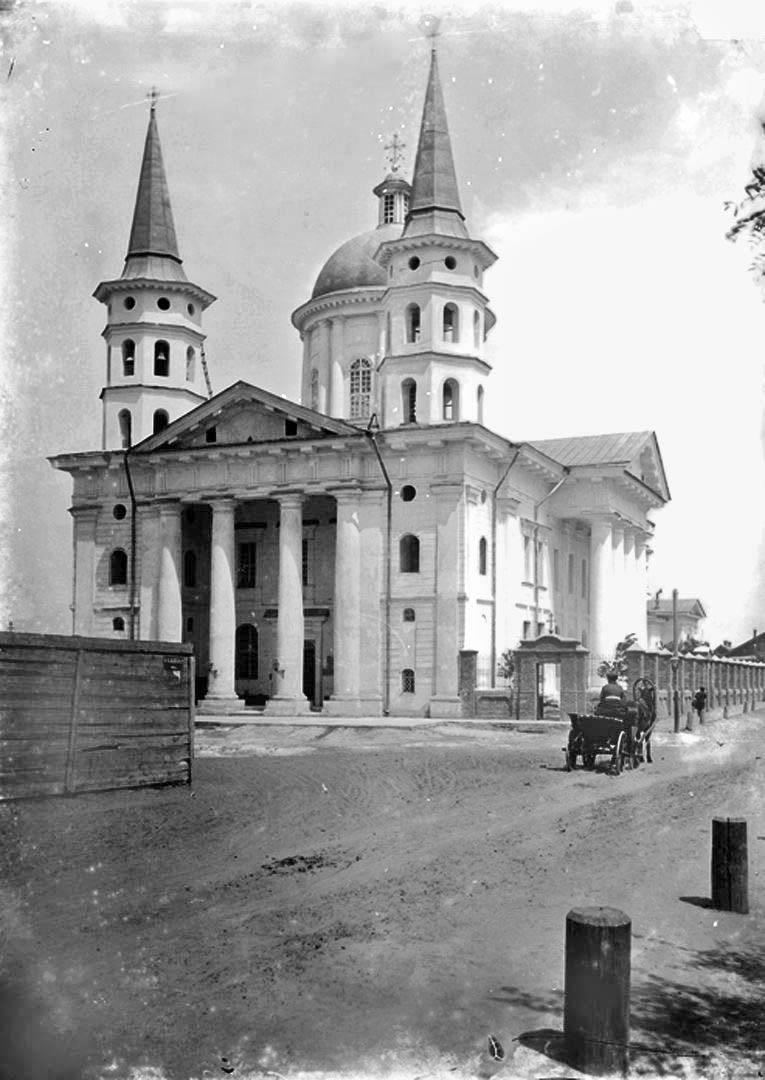 The Armenians in Russia are the richest and the most cultivated of any in the world, and have great influence. Mr. Kasbarian, an Armenian, is considered the richest even of…

The Armenians in Russia are the richest and the most cultivated of any in the world, and have great influence. Mr. Kasbarian, an Armenian, is considered the richest even of them. The rich city of Tiflis is practically an Armenian city.

There are about 50,000 regular Armenian soldiers in the Russian army, and some of its greatest generals have always been Armenians.

If the Czar would permit this force and the capitalists to settle the Armenian question, they would do it in a month, and make Armenia free. The Armenians have so far been treated very kindly and have prospered exceedingly in Russia, but I do not believe it will last. In my opinion, the young Czar is only waiting for his coronation to oppress the Armenians as he has the Jews. Yet the Czar's ablest servants and advisers have been Armenians. The body-guard of Nicholas' grandfather Alexander was the Armenian Count Loris Melikoff, universally known; three times wounded by Nihilists on account of his position. During the last Turko-Russian war some of the generals who accomplished the most with the least sacrifice were Armenians: Der, Lucasoif, Lazareff, Melikoff. There are now no less than eighteen Armenian generals in the Russian service.

In Moscow, St. Petersburg, and other great cities in Russia there are many Armenian professors in the universities, mayors of cities, judges of courts, and high civil officers. I will give a few of their names, to show that I am not talking blindly:

Nerses Nersessian, professor in Moscow in the Royal University.

Boghos Gamparian, superintendent of the Royal army of Riza.

Melikian, professor of natural sciences in the University at Odessa.

A. Madinian, mayor of Tiflis.

Hundreds and thousands are high officers in different departments of the Russian government, but there is no space to give a roll of them.

One, however, a personal friend, I must write a few words of, namely. Professor John Ayvazovski, of the council of the St. Petersburg Academy of Fine Arts, a marine painter of the first rank. He is now 79, but looks scarcely 60, with beautiful large, bright eves. He came to the World's Fair, where fifteen of his pictures were exhibited in the Russian section; and he presented two other fine ones to the American people in recognition of their help to the Russian famine sufferers,—one showing the arrival in port of a steamer with its cargo of grain, the other the advent of a drosky at a village of starving people, with a man in front waving an American flag. He visited and painted an excellent picture of Niagara. He had seven pictures at the Philadelphia Exposition of 1876. His paintings are mostly in royal palaces: there are 120 in that of the Russian imperial family, and 34 in the Sultan's. His own gallery, at Theodosia, Russia, has 84. He has received many prizes from expositions. He is also a great scholar and a good Christian. His brother, who lately died, was one of the greatest bishops of the Armenian church.

There is a very interesting story about Professor Ayvazovski's boyhood which I will give here:

His parents were Armenian peasants, living in a village not far from Moscow. One day Nicholas I was passing by the hamlet on horseback, and dropped his whip. The Emperor beckoned to young Ayvazovski, and told him to pick it up. The boy approached boldly and asked, “Who are you?" Nicholas replied, "I am the Emperor." The boy rejoined, "If you cannot take care of your whip, how can you take care of your subjects?" The Emperor was pleased at this remark, and ordered him to be educated at his own expense, and in any profession he chose. He took to the brush, and is the pride of his nation.