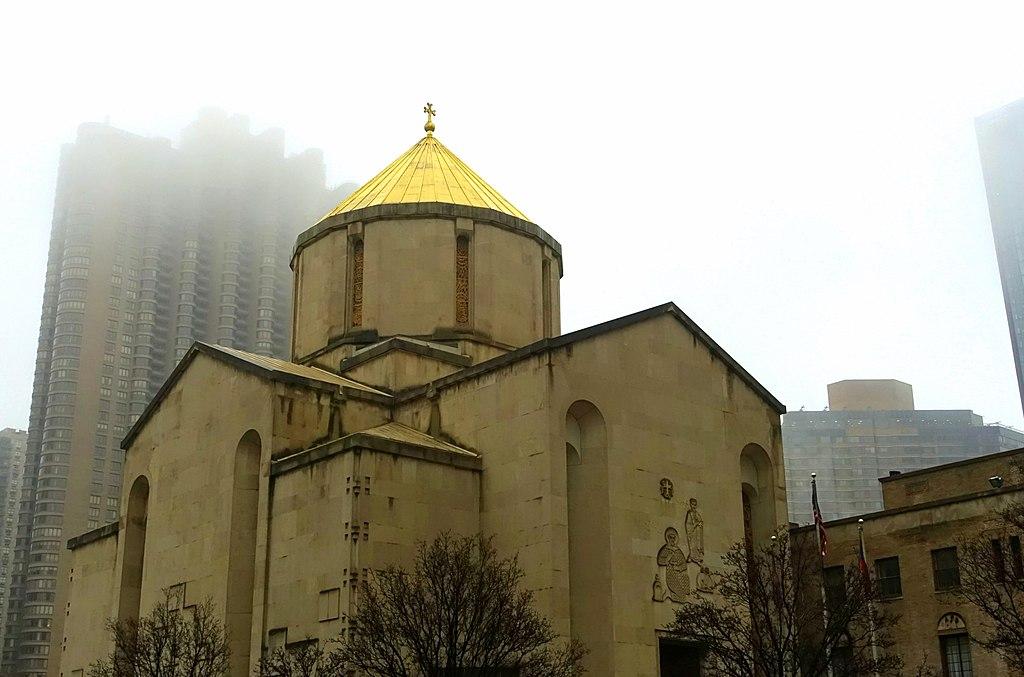 "Seventeen years ago, when the writer first came to this country, there were not more than a hundred in the United States; since then about 10,000 have come..."

“In America” from Armenia and Her People by George H. Filian, 1896.

The Armenians are a new people in America. Seventeen years ago, when the writer first came to this country, there were not more than a hundred in the United States; since then about 10,000 have come, most of them within ten years. The first ones came about forty-five years ago, among them Mr. Minasian and Mr. Sahagian,—both poor young men, now both rich. Mr. Minasian lives at Brooklyn; Mr. Sahagian at Yonkers, N. Y.

Those who have come lately are mostly the poorer class; they fled from the "order" of the Sultan, and not being allowed to leave Turkey, bribed the police and ran away. Not knowing the English language, they work in factories in various States. There are some well-to-do merchants, however, doing business in New York, Boston, and elsewhere, handling Oriental rugs, dry-goods, etc. Some of the New York names are Gulbenkian, Topakian, Tavshandjian, Yardmian, Chaderdjian, Telfeyian, Xostikian. In Boston are Ateshian, Bogigian, etc.

Mr. Kebabian is in New Haven; Mr. Enfiyedjian in Denver. There are many others also in other large cities.

Besides merchants, there are many professional men among them, about a dozen physicians in New York city alone: Dr. Dadirian, Dr. Gabrielian, Dr. Ayvazian, Dr. Apkarian, Dr. Altarian, Dr. Koutoojian.

Some of them are engravers and photographers. In New York city there are Ilagopian, Kasparian, Matigian, and others, very skillful engravers. In Boston there is the New England Engraving Co., who are Armenians; the manager is Mr. G. Papazian.

There are about half a dozen Armenians who are pastors of American churches in different states. About a dozen are special lecturers on the Armenian atrocities: Mr. H. Kiretchjian, the secretary of the American Belief Association, Mr. Samuelian, Rev. A. Bulgurgian, Bev. S. Deviryian, Mr. S. Yenovkian, etc.

There are hundreds of Armenian students distributed among nearly all the universities, colleges,

Of the factory hands mentioned, there are about 1,000 in Worcester, Mass.; about 800 in New York and Brooklyn; about 400 in Boston, and the remainder are scattered everywhere from New York to California, from Maine to Florida.

A number of Armenian young men have married American women; I believe ninety per cent, are happy. After forty or fifty years, there will be a large class of American citizens of Armenian blood, and many millionaires among them. They are gifted in business, and they are a sober, honest, and faithful people. I do not think that there is a single criminal among the 10,000 Armenians in this country.