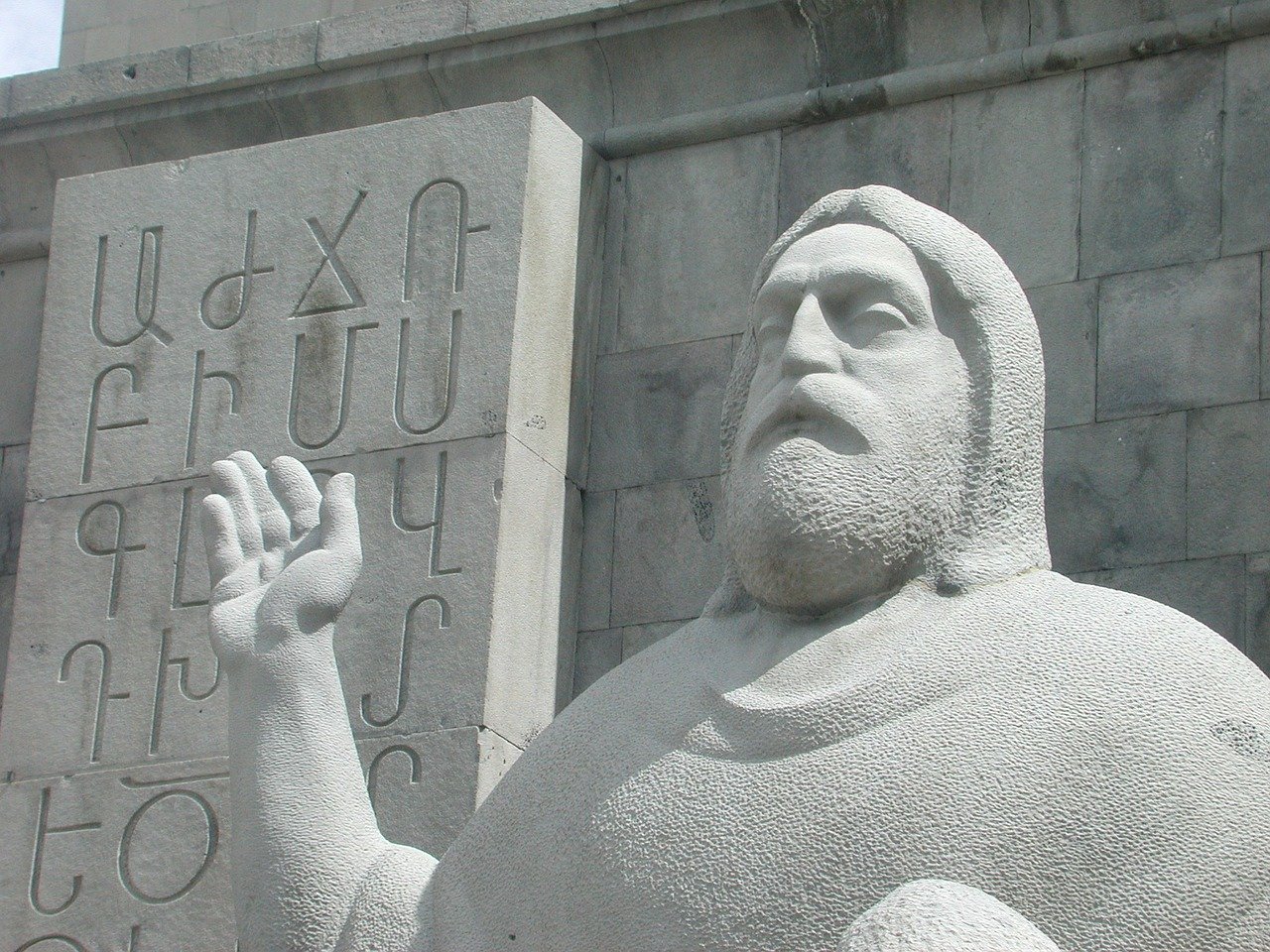 Popular Armenian Names and the Stories Behind Them

An exploration of traditional Armenian names, their origins, and how they continue to influence Armenian family names today.

Armenia is a land of beautiful scenery, poetry, and magnificent architecture. It’s no surprise, then, that the names of its people can be just as lovely. You may know that many Armenian last names end with a suffix like ‘-ian,’ but do you know why? And what other cultural legacies have shaped the country’s most popular names?

Armenian first names often, but not always, draw from the region’s rich mythology, history, and religious traditions. Biblical names are especially common for boys—you might recognize David, Peter, Samuel, or Jacob, or as they are rendered in Armenian, Davit, Petros, Samvel, and Hakob. Also popular are the names of Armenia’s legendary heroes, such as Hayk, Ara, and Vardan. Still more reference places important to the Armenian people, like Ararat or Tigran.

Girls’ names in Armenia draw from a similar blend of cultural traditions. Biblical names like Maria, Mary, Eva, and Miriam always rank highly, along with Anahit, an ancient moon goddess. Others evoke beautiful imagery, such as Arpi, “rising sun,” or Nare, a name that alludes to fire and pomegranates as well as an ancient monastic village.

Of course, besides these favorites, there are thousands more Armenian names still in use today, each with their own meaning and story to tell.

It’s usually not hard to spot an Armenian surname; most end with a suffix like ‘-ian,’ ‘-yan,’ or ‘-jan.’ Like other cultures, surnames in Armenia were traditionally a way to identify where a person comes from. The ‘-ian’ suffix is very similar to the ‘-son’ suffix seen in many cultures from the Germanic language family. A modern person named Peter Davidson likely has a male ancestor named David; Petros Davidian could say the same.

Armenian surnames are not always tied to a person. They can also state where a family was from, what trade they followed, and other descriptors. Other suffixes do exist, but they are rare and typically the names of nobility or the result of families living outside of Armenian-speaking regions. Persian, Russian, and Turkish roots are all found in Armenian surnames.

Armenian Naming Conventions and Losses in the Modern Era

If you are researching Armenian names as part of a genealogy project, remember that social upheaval may have impacted the names of recent Armenian generations. During the decline of the Ottoman Empire in particular, persecuted Armenian families sometimes adopted Turkish names to better blend in with their neighbors. A similar, though less violent, process occurred as many Armenians emigrated to countries like the United States. By choice or not, families entering the USA often saw their names altered to conform to English naming conventions.

Bakalian, Anny. Armenian-Americans: From Being to Feeling American. Taylor & Francis, 2017.