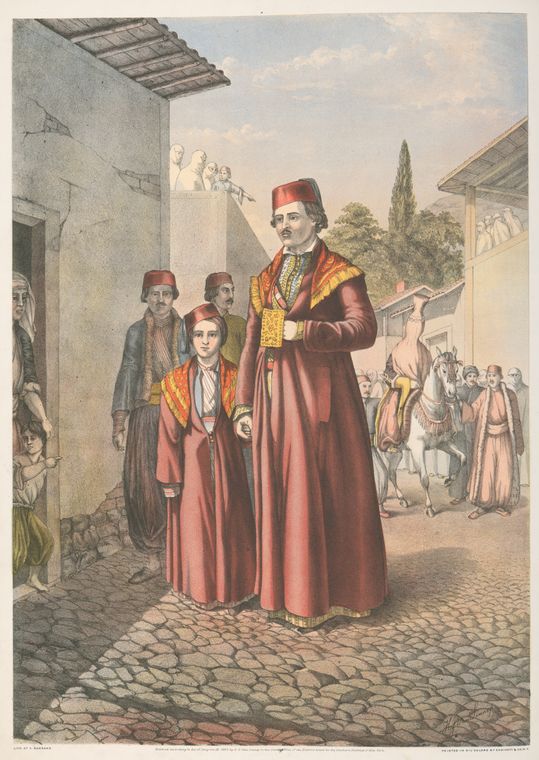 The wedding day is the happiest day in the Armenian’s life; it is also a day of serious responsibilities, for Armenians consider marriage as serious and sacred

“Weddings” from When I Was a Boy in Armenia, by Manoog Der Alexanian, 1926.

The wedding day is the happiest day in the Armenian’s life; it is also a day of serious responsibilities, for Armenians consider marriage as serious and sacred. Furthermore, a wedding is a gala day for little boys and girls, because on this occasion they are given a good time and plenty of candy, basdech, rodjick, and koulindga (Armenian sweets).

The Armenian marriage is indissoluble; the church refuses to accord divorce; although separation is allowed, under very serious conditions; the separated party cannot marry again. So, you see, married couples in Armenia are faced with a very solemn problem when they marry. Once united, they try to make the best of it by ironing out all minor differences and bravely suppressing the major ones. No courtship is allowed before marriage.

The first step towards marriage is chosk-gab. The priest examines the bride and groom to see that they are not related to each other and that their ages are appropriate, for Armenians marry early. After chosk-gab comes the engagement; as a present, the fiance gives the fiancee the following articles: (1) an engagement ring, (2) a bracelet, (3) a pair of earrings, and (4) a veil. The fiancee wears the ring on the fourth finger of her right hand (which corresponds to the vein from the heart), to show that she consented to marry him with her own heart; the bracelet indicates that with her own hand she binds herself in obedience to him; the earrings indicate that she heard the request with her own ears and consented to it with her own mind.

Seven days before the marriage ceremony, relatives and friends gather together in the fiance’s house to hold a preliminary feast. During these seven days, both sides make koulinja (scones) upon which are printed various figures. These are distributed to those present by two elderly women from the side of the groom, and serve as invitation cards. If the groom is a rich man, they distribute two candles with each koulinja; if he is not rich, the koulinja stands, and if he is poor, just a candle is sent.

Thursday is the day of the feast, interrupted on Friday, on account of fasting on that day, and it recommences on Saturday. The guests take with them provisions—jugs of wine, a live lamb, and sweets—then go to the home of the bride to make merry. Later in the evening, the groom’s relatives go to the home of the bride, dancing on their way. When they reach the home to ask for the bride, they find the door closed. After a long conversation and many requests, they win the consent of the bride’s relatives to open the door, after many valuable presents are made.

In the evening is performed the “shaving ceremony” of the groom. He is seated in a chair surrounded by a chorus of boys who, while he is being shaved and his hair cut, sing the following song:

“Let us sing of your face,
Your face that shines like the moon.

Let us sing of your eyes,
Your eyes full of fire.

Let us sing of your teeth,
Which resemble a row of pearls.

Let us sing of your stature
Tall and solid like the oak of the woods.”

After the groom is shaved and his hair cut, his clothes are auctioned off to those present, and while the auction proceeds, the groom must needs stand there and shiver with cold. His wedding clothes are blessed, and he is then dressed in his new wedding clothes. This ceremony is followed by henna, that is, the maid-of-honor places a handful of kneaded henna on a plate, surrounded by twinkling candles, and, accompanied by others, comes towards the bride, dancing. The guests plaster the dancers’ foreheads with money as a sign of consent. The maid-of-honor then puts henna on the hands and finger nails of the bride, sometimes, also, on her toes. Later in the evening begins the ceremony of “hiding the bride.” The guests on the groom’s side come to ask for the bride. The request is met with resistance from the side of the bride. After presents are given, and songs sung in praise of the bride, she comes out of her hiding-place. The following is an example of the song:

“Come out, beautiful!
Come out to our home!
Whose daughter are you,
So pretty and so bright?

You are the daughter of the
Brown-eyed mother;
Your mother has given you to us;
We have come for you.

Come out, our bride,
Come to us, now;
For you are so beautiful and so bright!”

Upon this, the parents and guests of the bride consent to the request of the groom’s party, bring the bride out of her hiding-place, and give her to the groom. At this point, the bride cries, for she does not want to leave her parents. But she is advised and directed by the mother and relatives to obey. At the time of giving the bride away, the groom holds a present in his closed fist (usually a five-dollar gold-piece) . If the maid-of-honor can open the groom’s fist, he is not considered a strong man; if she cannot (and usually she cannot), he is considered strong and brave; then he willingly opens his fist and gives her the gold-piece. 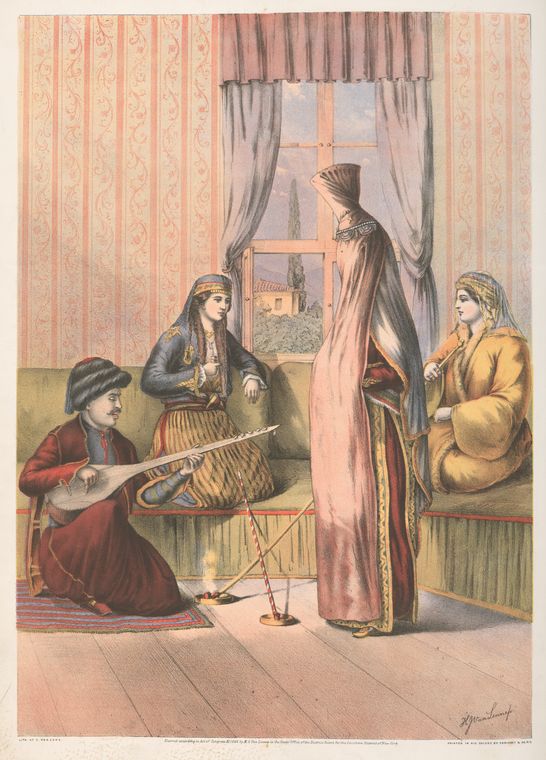 During the ceremony, the priest wraps a red handkerchief around the groom’s neck and gives him a cross in his left hand; then the best man hangs the sword on the right side of the groom, who wears the crown of a king, and the bride that of the queen; thus, both are proclaimed by the priest as “king” and “queen.” After the ceremony, the priest distributes blessed wine to all unmarried young men and young women so that they, too, may be blessed with the fortune of marriage.

When all the wedding ceremonies are completed, the bride and groom exchange their horses, the groom leading. The reins of the bride’s horse are attached to the tail of the groom’s horse so that no one may pass between them; for that would be considered a bad omen. After leaving the church, they ride to the groom’s house on horseback amid more dancing and singing. As soon as the party reaches the door, a lamb is slaughtered on the threshold as a sign of the foundation of a new home. On the way to the house, the groom scatters silver and gold coins which are diligently picked up by the children as fast as they fall. When they reach the house, the mother-in-law comes out to meet the bride, kisses her on the forehead, saying:

And the bride, after kissing the hand of her mother-in-law, answers her, in a low, whispering tone, from beneath her veil:

“Wait, until I get inside,
You will see how I will squeeze the iron and steel.”

Then the group on the bride’s side begin to sing to the mother-in-law the following song:

“O mother of a king,
Come out and see
What we have brought to you!

Then the “messengers of misfortune”—a group of women—take up the following song:

The mother-in-law gives presents and money in order to stop their bad tidings, and upon this, their singing is hushed.

The bride and groom together with all the guests now enter the house where refreshments are served. The bride kisses her mother-in-law’s hands, after which she offers an apple (decorated with cloves and candles) to the groom who, after taking the apple, cuts it in two with his sword, and offers one half to the bride, eating the second half himself.

After fifteen days of marriage, the groom goes to visit his father-in-law. When he is inside the door, the mother- in-law throws a block of wood or the stump of a tree before him, at the same time giving him an axe. The groom divides the wood with two strokes, and leaves the axe in the groove of the block made by a third stroke, then enters the house of his mother-in-law. After a cordial reception, the mother-in-law places the key of her house before the feet of the groom as a sign of his being the master of her house. In departing, the groom, however, leaves the key with them, kissing the hands of his mother-in-law and receiving her blessings for good luck and happiness.

Although I have used the present tense in describing them, to-day the above customs and ceremonies are not followed, the Armenians performing their marriage ceremonies after the custom and style of Europeans.

Alexanian, Manoog Der. When I Was a Boy in Armenia. Lothrop, Lee & Shepard Co.