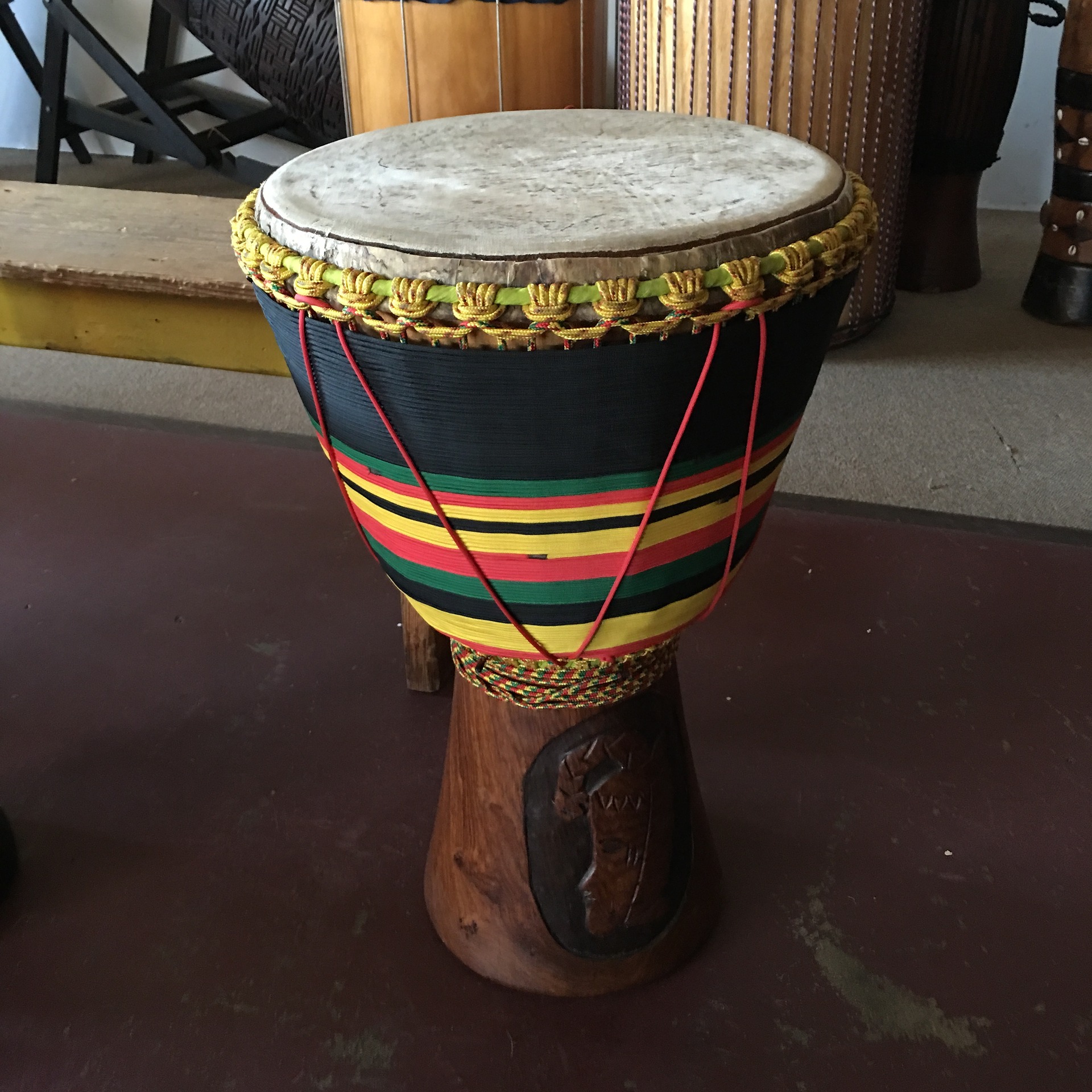 The Djembe Drum of West Africa

A look at the djembe drum, one of the most popular traditional drums in the world.

Have you ever played a djembe drum? This famous West African instrument is now a common sight across the globe, a favorite among amateur and expert drummers alike. But what sets the djembe apart, and why is it so popular?

The djembe is instantly recognizable due to its ‘mortar’ or ‘goblet’ shape and the ropes used to tune its skin. Most are small and played while held, but others are large enough to rest on the ground. Traditionally, the drums are carved out of a hard, dense wood, while the drumhead is crafted from animal hide. Ropes apply even force around the hide, pulling it tight and tuning the instrument.

So what makes the djembe so appealing? The answer is its remarkably complex range. The djembe is able to produce three different notes, commonly referred to as bass, tone, and slap. This means that a djembe player produces more than just a steady beat; he or she can also lead a melody. In a traditional ensemble, multiple djembe drums combine to create versatile, fast-paced rhythms. Beginner drummers must learn how to hold their hands and position them to produce the right tones, and every player produces a slightly unique sound. 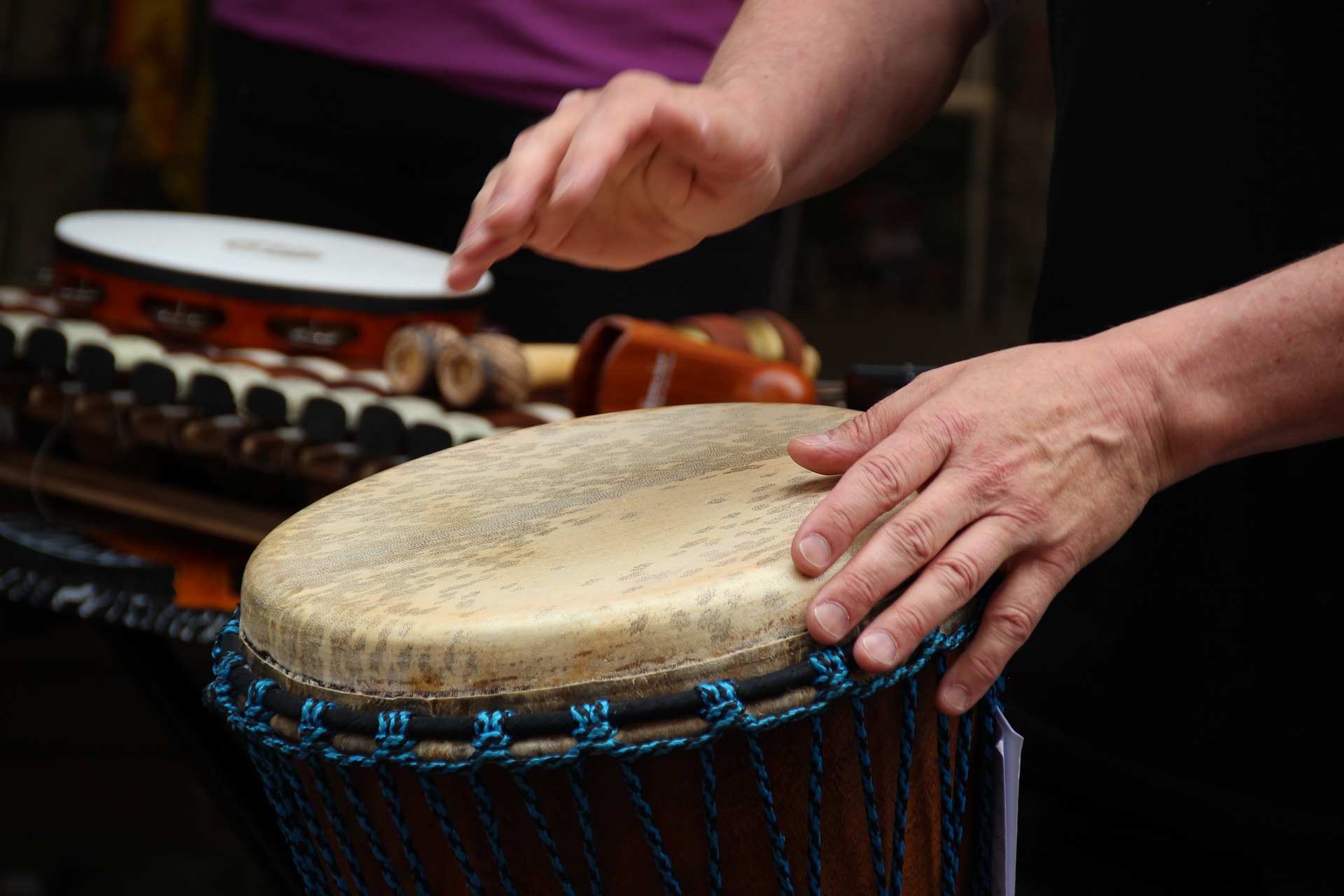 The djembe’s origins are obscure, but it likely originated in the Mali Empire of West Africa around 500 to 800 years ago. The drums entered the mainstream in nations like the United States through the talent of African and African American musicians, beginning in the 1950s. Since then, the djembe has found widespread recognition and new players from all backgrounds. Once played only by men, master drummers still tend to be male, but women are now also gaining recognition in the field.