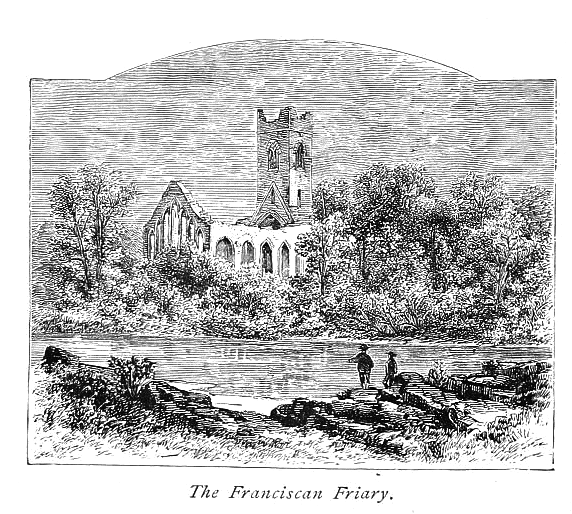 "During the latter part of 1348 and the beginning of the next, the great and universal pestilence, known as the Black Death, raged through Ireland. John Clyn, the Annalist, a…

The last entry of Friar John Clyn, from the The History and Antiquities of the Diocese of Ossory, Volume 3, published by William Carrigan.

During the latter part of 1348 and the beginning of the next, the great and universal pestilence, known as the Black Death, raged through Ireland. John Clyn, the Annalist, a Friar of St. Francis' Abbey, Kilkenny, who was an eye-witness of the ravages of this plague and most probably one of its victims, has left us, in his Annals, the following eloquent description of the havoc it wrought:

That pestilence deprived of human inhabitant villages and cities, and castles and towns, so that there was scarcely found a man to dwell therein; the pestilence was so contagious that whosoever touched the sick or the dead was immediately infected and died; and the penitent and the confessor were carried together to the grave; through fear and dread men scarcely dared to perform the offices of piety and pity in visiting the sick and burying the dead; many died of boils and abscesses, and pustules on their shins or under the armpits; others died frantic with the pain in their head, and others spitting up blood. That year was beyond measure abundant and fruitful, however sickly and deadly. Up to Christmas twenty-five friars had died in the Franciscan Convent of Drogheda, and twenty-three in the Convent of the same Order in Dublin. The pestilence was rife in Kilkenny, in Lent, for from Christmas Day to the 6th day in March, eight Friars Preachers died of it. Scarcely one alone ever died in a house. Commonly husband, wife, children, and servants went the one way, the way of death.
And I, Brother John Clyn, of the Order of Friars Minors, and of the Convent of Kilkenny, wrote in this book those notable things, which happened in my time, which I saw with my own eyes, or which I leaned from persons worthy of credit. And lest things worthy of remembrance should perish with time, and fall away from the memory of those who are to come after us, I, seeing these many evils, and the whole world lying as it were in the wicked one, among the dead, waiting for death til it come, as I have truly heard and examined, so have I reduced these things to writing. And lest the writing should perish with the writer, and the work fail together with the workman, I leave parchment for continuing the work, if haply any man survive, and any race of Adam escape this pestilence and continue the work which I have commenced.

Friar John Clyn ends his Annals abruptly at the 17th June, 1349, when probably, the plague, as he expected, struck the pen from his fingers.

Carrigan, William. The History and Antiquities of the Diocese of Ossory. Vol. 3, Sealy, Bryers & Walker, 1905.