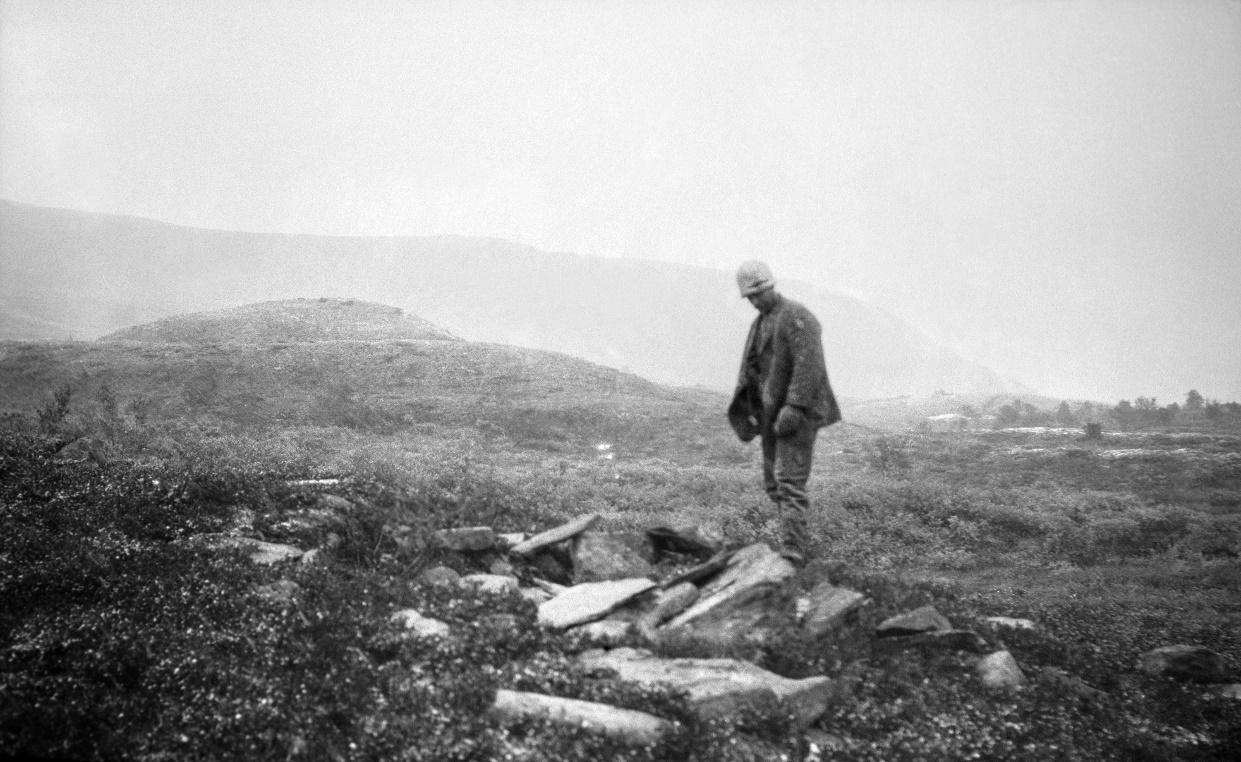 Burial Practices of the Historic Sami

Concepts of Death in Pre-Christian Sápmi

Before widespread Christian conversions in the 17th century, the Sami were shamanic animists. They believed that each body contained two types of spirits. The "free soul" moved on to the afterlife, while the "body soul" stayed behind. Tied to its family and resting place, the body soul could help or harm the living as it chose. The free soul crossed into saivo, the afterlife. It came and went between realities at will, acting as a guide and source of power for noaide shamans.

Because the spirits of the dead remained so close to the living, the Sami took great care to treat their ancestors with respect. This included a proper burial to ensure a happy afterlife, followed by regular prayers and offerings at sacred sieidi sites.[1][2] This did not only apply to humans. After a bear sacrifice, Sami communities buried the bones at the center of a special hut. They also kept sieidi to return the bones of fish and game, a sign of respect to the Alder Man.[3]

Burial Practices of the Pre-Christian Sami

Burying the dead was not always easy in the icy, rocky landscapes of Sápmi. Older burial sites reveal people wrapped in their sleds or tucked inside hollow tree trunks. In most cases, however, families left their dead in scree graves near sacred sites. A scree grave entombs the body in loose rock instead of earth. This was seen as preferable for the spirit, allowing it to escape the grave easily. Earthen graves were relatively shallow by similar logic.

Most burial sites were private and kept apart from human settlements. Locations near sieidi, the gathering places of spirits and gateways to saivo, were preferred. These were often found on islands, across rivers, or near large natural features. Before burial, the deceased's body was wrapped in birch bark. Both men and women went to the grave with items they needed for the afterlife. In the Medieval era, women were typically buried with more wealth than men.[1][4]

Death and Burial in Christian Sápmi

The arrival of Christian churches in Sápmi led to new burial practices. But while missionary efforts marched forward, the Sami were reluctant to abandon their old customs. Early graves from the first Sami churches show that many families still used birch-bark shrouds.

The static location of graveyards made funerals among nomadic families a challenge. In some cases, herders wrapped the bodies of their deceased in sleds for the winter and buried them around Easter. This was the time when the ground thawed and siida came together near churches for worship, weddings, and trade. Today, Sami people follow the burial methods of their religion or personal beliefs.[5][6]

Controversies Over Sami Remains and Academics

Like many other indigenous groups, Sami activists have been fighting for decades to recover the bones of their ancestors. Between 1850 and 1940, many graves were disturbed to feed theories based on phrenology. These were not only ancient sites. A pair of Sami men executed in 1854, for example, ended up with their skulls in the collection of the University of Oslo. Their bones were only returned to their families in 1997. The treatment of Sami remains and their academic value is still a subject of controversy in Sapmi.[7]