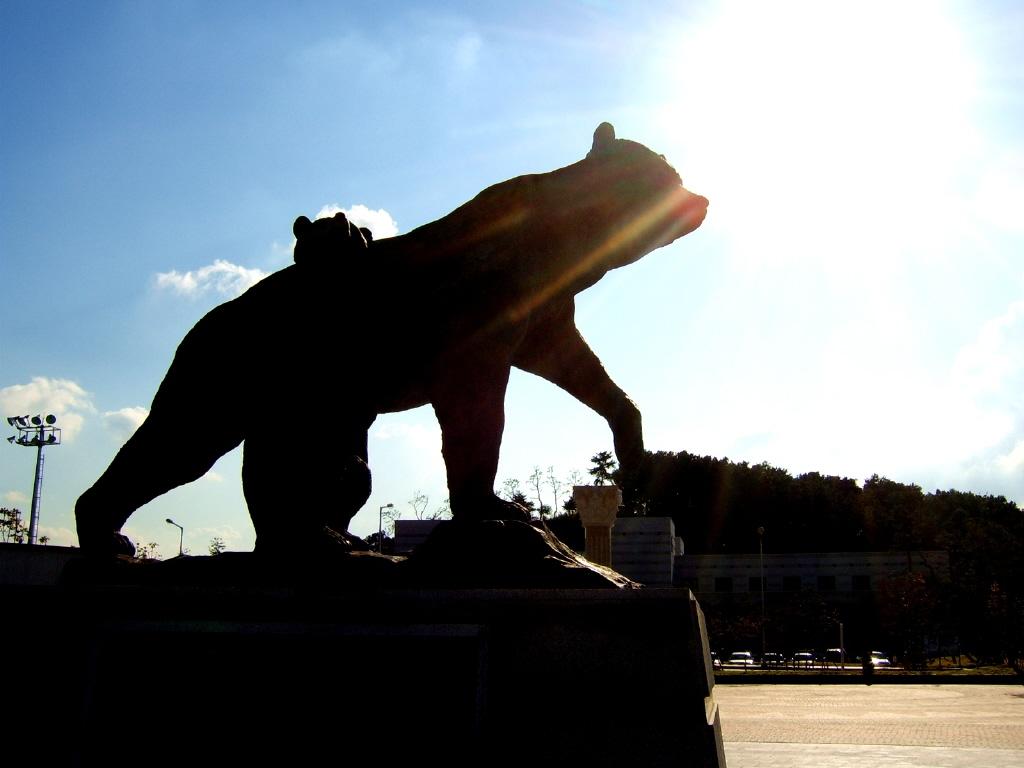 A short description of the origin stories and myths of Korea.

The traditional Korean origin story begins in the third millennium BCE. A tiger and a bear shared a cave together, but both wanted to be human. The king of their lands, hearing their prayers, gave them mugwort and 20 cloves of garlic. He told them to remain inside their cave for 100 days, and they would emerge as human beings.

While the tigress grew impatient and left after 21 days, the she-bear persisted. When she at last set foot outside, she found herself a woman. She married the king and bore the mythic Tan'gun. Tan'gun took power and built a royal palace near modern Pyongyang. He named his new kingdom Choson, the namesake of the later Joseon dynasty.[1]

Outside of legend, the origins of Korea and its people are more obscure. Archaeology has revealed evidence of human activity in Korea for at least 500,000 years. Comb-pattern pottery has been found from as far back as 6000 BCE. It is more likely, however, that a recognizably Korean culture did not form until around 2000 BCE. At this time, a pottery culture reached the peninsula from China. They clustered into clan-based farming communities and formed the basis for later Korean societies.[1][2]

The first historical mentions of a Korean state come from China. Chinese accounts from the 3rd century CE describe the Samhan, three distinct cultures of the Korean peninsula. Each Han state controlled smaller chiefdoms, or guo. It is not clear how these states related to the development of the Three Kingdoms. They appear to have created a brief period of social organization that may have laid the groundwork for Goguryeo, Baekje, and Silla to rise.[3]

Origins of the Korean Language

The language of Korea may offer additional clues. Korean is distinct from Chinese, and its origins have long been debated. Researchers in the past have grouped it with Japanese, Ainu, and Altaic languages like Mongolian. This model suggests an early people migrating in waves from Mongolia to Korea to Japan. While most linguists believe that Japanese and Korean are loosely related, the link to the Altaic branch is more controversial.[2][4]

Genetic studies of ethnic Korean people suggest that their ancestors arrived from Central Mongolia thousands of years ago. As a general rule, they are not closely related to the Chinese but share many traits with the Japanese. These findings may explain the similarities between Korean, the Altaic languages, and Japanese.[5]