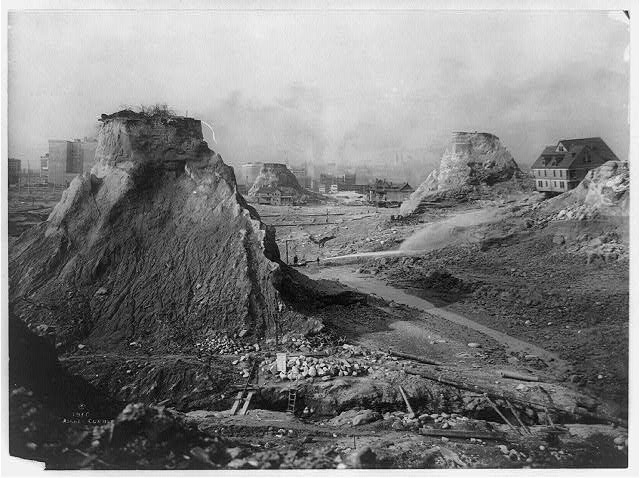 The Settlement on Alki Point

"On leaving home for what we called the Pacific Coast, we had no other purpose or expectation than to settle in the Willamette valley. But we met a man on…

From Pioneer Days on Puget Sound by Arthur A. Denny, 1908.

"The beginnings of all things are small." — Cicero.

On leaving home for what we called the Pacific Coast, we had no other purpose or expectation than to settle in the Willamette valley. But we met a man on Burnt river by the name of Brock, who lived near Oregon City and had come out expecting to meet some friends, failing in which he turned and came back with us to The Dalles. He gave us information in regard to Puget Sound, and called attention to the fact that it was about as near to the Sound from where we first struck the Columbia river, now known as Umatilla Landing, as it was to Portland, but as yet there was no road over the mountains by which it could be reached.

My attention was thus turned to the Sound, and I formed the purpose of looking in that direction; but soon after our arrival in Portland my wife, one child and myself were taken with ague, which held us until late in the fall. This most effectually defeated all my plans for examination of the country.

In the month of September J. N. Low and my brother, D. T. Denny, drove Low's cattle over to Judge Ford's on the Chehalis river, for winter range, with the purpose also of examining the country. While awaiting a report from them I received a visit from Thomas M. Chambers, father of David J. and Andrew J. Chambers, who gave me information which greatly increased my interest in the Sound country.

At Olympia they fell in with Lee Terry, and the three there joined Capt. Robert C. Fay and came down to the Duwamish river exploring. On the 25th of September they went up as far as where H. Van Asselt, L. M. Collins and Jacob Maple and Samuel Maple had shortly before determined to locate.

While looking around Low and Terry concluded to locate a townsite, and with that view made a joint location on Alki Point. Low hired my brother to remain on the claim with Terry while he returned to Portland for his family, and on the 28th day of September Terry and my brother laid the foundation for the first cabin.

When Low returned to Portland the schooner "Exact," Capt. Folger, was fitting for a voyage to Queen Charlotte Island with gold prospectors, intending to touch at the Sound with emigrants. We determined to take passage on her. She sailed on the 5th of November, 1851, and cleared at Astoria, as shown by the custom house records, on the 7th.

We crossed out on the same day, and on Thursday, the 13th, our party, consisting of myself and family, John N. Low and family, C. D. Boren and family, Wm. N. Bell and family, and Charles C. Terry, landed at Alki Point. Added to these were my brother, David T. Denny, and Lee Terry, making in all twenty-four persons — twelve adults and twelve children — all at the present time (November 13, 1887), living but six. The increase has been seventy-nine, all now living but six, making a total of 103 persons, and total number of deaths in thirty-six years, twelve.

Our first work was to provide shelter for the winter, and we finished the house begun by my brother and Lee Terry for J. N. Low. All took shelter in it from the rain, which was falling more or less every day, but we did not regard it with much concern and seldom lost any time on that account. We next built a log house for myself, which increased our room very materially and made all more comfortable. 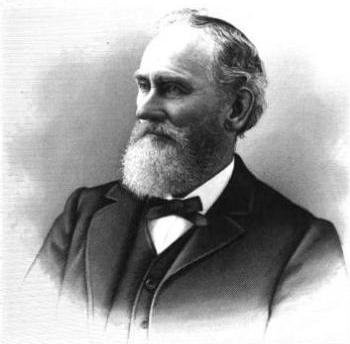 We had now used up all the timber suitable for log houses which we could get at without a team, and we split cedar and built houses for Bell and Boren. These we considered quite fancy, but not so substantial as the log houses.

About the time we had completed our winter quarters the brig "Leonesa," Capt. Daniel S. Howard, came to anchor in the bay. Seeing that the place was inhabited by whites, the captain came on shore seeking a cargo of piles, and we readily made a contract to load his vessel. We had no team at the time. Some of us went to work cutting the timber nearest to the water and rolled and hauled in by hand, while Lee Terry went up the Sound and obtained a yoke of oxen, which he drove on the beach from Puyallup, with which to complete the cargo; but we had made very considerable progress by hand before his arrival with the cattle.

Alki Point had not been a general camping place for the Indians, but soon after we landed and began clearing the ground for our buildings they commenced to congregate, and continued coming until we had over a thousand in our midst. Most of them remained all winter.

Some of them built their houses very near to ours, even on the ground we had cleared. Although they seemed very friendly toward us, we did not feel safe in objecting to their building thus near to us for fear of offending them, and it was very noticeable that they regarded their proximity to us as a protection against other Indians.

On one occasion during the winter Nelson came with a party of Green River and Muckilshoot Indians, and got into an altercation with John Kanim and the Snoqualmies. They met, and the opposing forces, amounting to thirty or forty on a side, drew up directly in front of Low's house, armed with Hudson Bay muskets, the two parties near enough together to have powder-burnt each other.

They were apparently in the act of opening fire, when we interposed and restored peace without bloodshed by my taking John Kanim away and keeping them apart until Nelson and his party left. He still lives, but John Kanim was killed years ago in a similar feud in Tulalip. However, it was not unusual for them to have a great war of words and no one hurt.

Col. G. O. Haller tells a good story which illustrates this point very well, of a difficulty occurring between two opposing parties on Whidby Island, in which he thought it was necessary to interpose to prevent bloodshed. He called on Tom Squi-qui, who spoke English, to interpret for him, while he would talk to them and thus prevent violence. After he had spoken a few words, Tom exclaimed: "Don't be afraid, Major, they ain't going to shoot. You see, if Indian is going to shoot, he shoot before other fellow gets a chance and then talks."

Low and Lee Terry, as before stated, had located with a view of holding donation claims and laying off a town, which they did toward spring. The Terrys being New Yorkers, first named the place New York, but afterwards changed it to Alki, which all old settlers know signifies "by and by," "before long."

The object of all who came to Oregon in early times was to avail themselves of the privilege of a donation claim, and my opinion to-day is that every man and woman fully earned and merited all they got. But we have a small class of very small people here now who have no good word for the old settlers that so bravely met every danger and privation, and by hard toil acquired, and by careful economy saved, the means to make them comfortable during the decline of life. These, however, are degenerate scrubs, too cowardly to face the same dangers that our pioneer men and women did, and too lazy to perform an honest day's work if it would procure them a homestead in Paradise. They would want the day reduced to eight hours and board thrown in.

A place to share our love for Washington, its people, and its history.