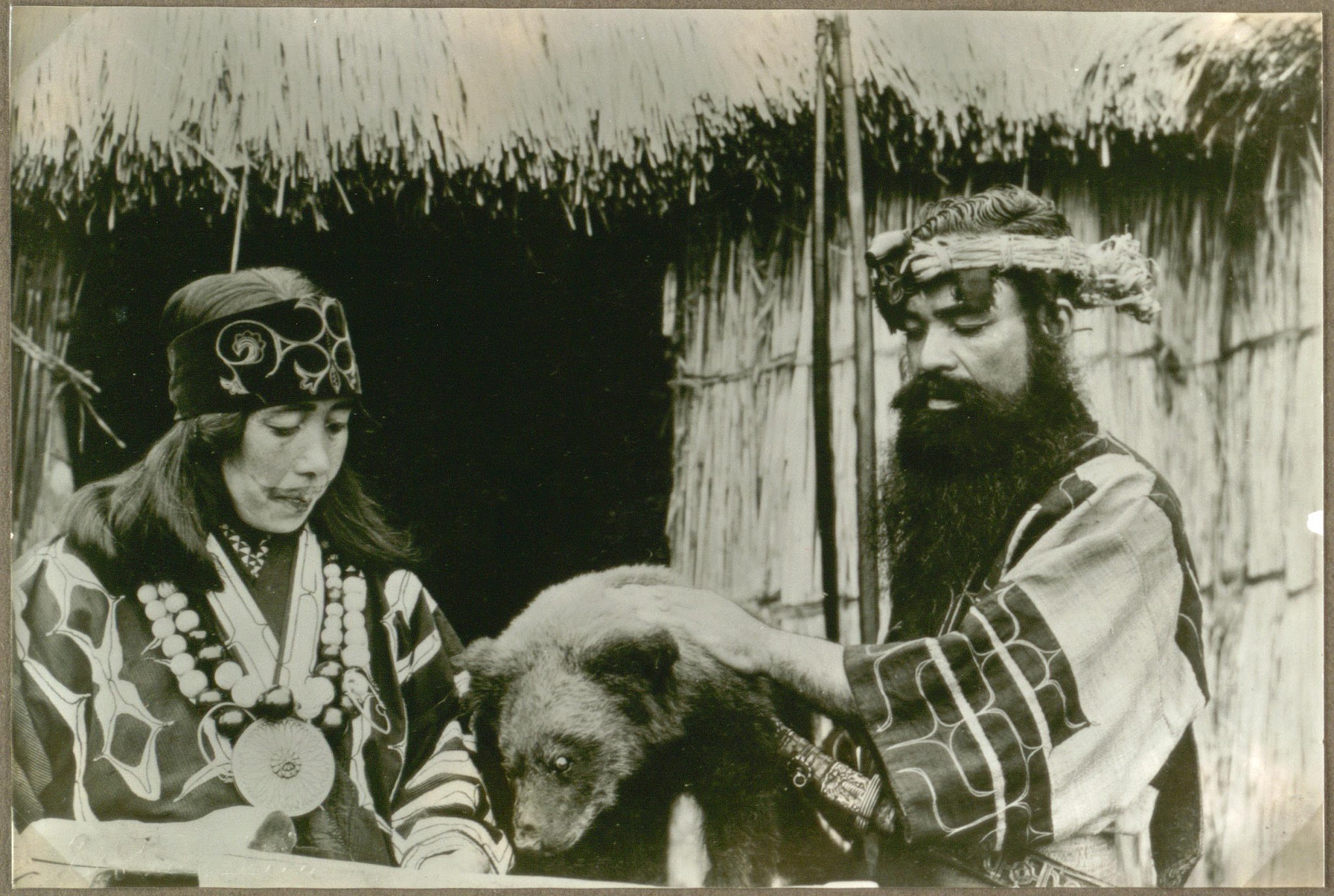 A glimpse at the traditional jewelry and status symbols of Ainu peoples.

The Ainu traditionally did not practice mining or metallurgy, and much of their ornamentation came from trade or natural resources. Villages offered natural resources to Japanese nobles and merchants in exchange for valuable beads, medallions, robes, and swords. These could then be reworked into distinctly Ainu styles and fashions. As their access to trade goods and social position in Japan changed, the Ainu's idea of ornamentation changed as well. Because it marked them as outsiders in a sometimes hostile majority culture, many Ainu people abandoned their traditional clothing and jewelry to better blend into Japanese society. Today, most Ainu jewelry and ornamentation can only be seen in private collections or museums, but men and women still wear their ceremonial pieces for important events.

The Ainu rarely manufacture beads, pendants, and metal goods, but they used what they purchased from outsiders to create their own styles of jewelry. Women were especially fond of long beaded necklaces called tamasai, which rested at chest-level and featured a large central pendant.[1] The glass beads used for necklaces and bracelets came primarily from China, but in later years they were only acquired from the Japanese.[2] Another type of necklace, rekutunpe, were made from embroidered strips of cloth decorated with metal plaques.

Ainu women also wore large, hooped earrings called ninkari. These were forged from brass and capped with a heavy ball. Men on Hokkaido wore smaller earrings with tufts of red cloth attached.[1] Male earrings were banned by the Japanese government during the Meiji Restoration of the late 19th century and fell out of use as a consequence.[3]

The most creative and technical ornamentation of the Ainu can be seen in the appliqué and embroidery work of their clothing. Everyday work robes were kept plain, but more expensive or ceremonial ones were often created from Japanese kimonos, embroidered with white thread, and decorated with appliqué cotton strips or furs. The patterns of the strips and embroidery were determined by the gender and village of the wearer; men's robes tended to be more elaborate than those of women. Men were said to take great pride in the precision of their wives' needlework and considered their robes a status symbol.[4]

An Ainu man in full ceremonial dress wore an embroidered attush or cotton robe, with cotton becoming increasingly preferred during the 19th century.[5] The Ainu also particularly valued swords from the Japanese, and a man was expected to own at least one ceremonial sword to wear and pass on to his heir. The ritual sword dance, emush rimse, featured men accompanied by drums and chants stepping through threatening stances to ward away harmful spirits, making swords an important aspect of their religious practice.[6]

A few other items were essential property for any Ainu man, hand carved to individual taste. They crafted traditional crowns, or sapanupe, from grape vines, wood shavings, and carvings of sacred animals. The animal a man chose typically reflected the totemic symbol of his paternal line.[1] These crowns were worn for important meals and ceremonies and helped keep men's hair tidy while eating. Carved libation sticks were used to send prayers and offerings of saké to the gods before meals, and they may have been used to keep facial hair out of food and drink.[7]

Besides their jewelry, women wore matanpushi headbands and their best robes for important events. One item of clothing unique to Ainu women was a girdle called an upshoro kut. Upshoro kut were embroidered with patterns based on a woman's matrilineal family, and they were never to be seen by men. A young woman could not marry into the same matrilineal group, as determined by the kut of her future mother-in-law, and she could not expect to enter afterlife without this girdle and her mouth tattoos.[8] In this way, the ornamentation of the Ainu and its subsequent prohibition by the Japanese impacted not only their day-to-day lives, but their spiritual ones as well.