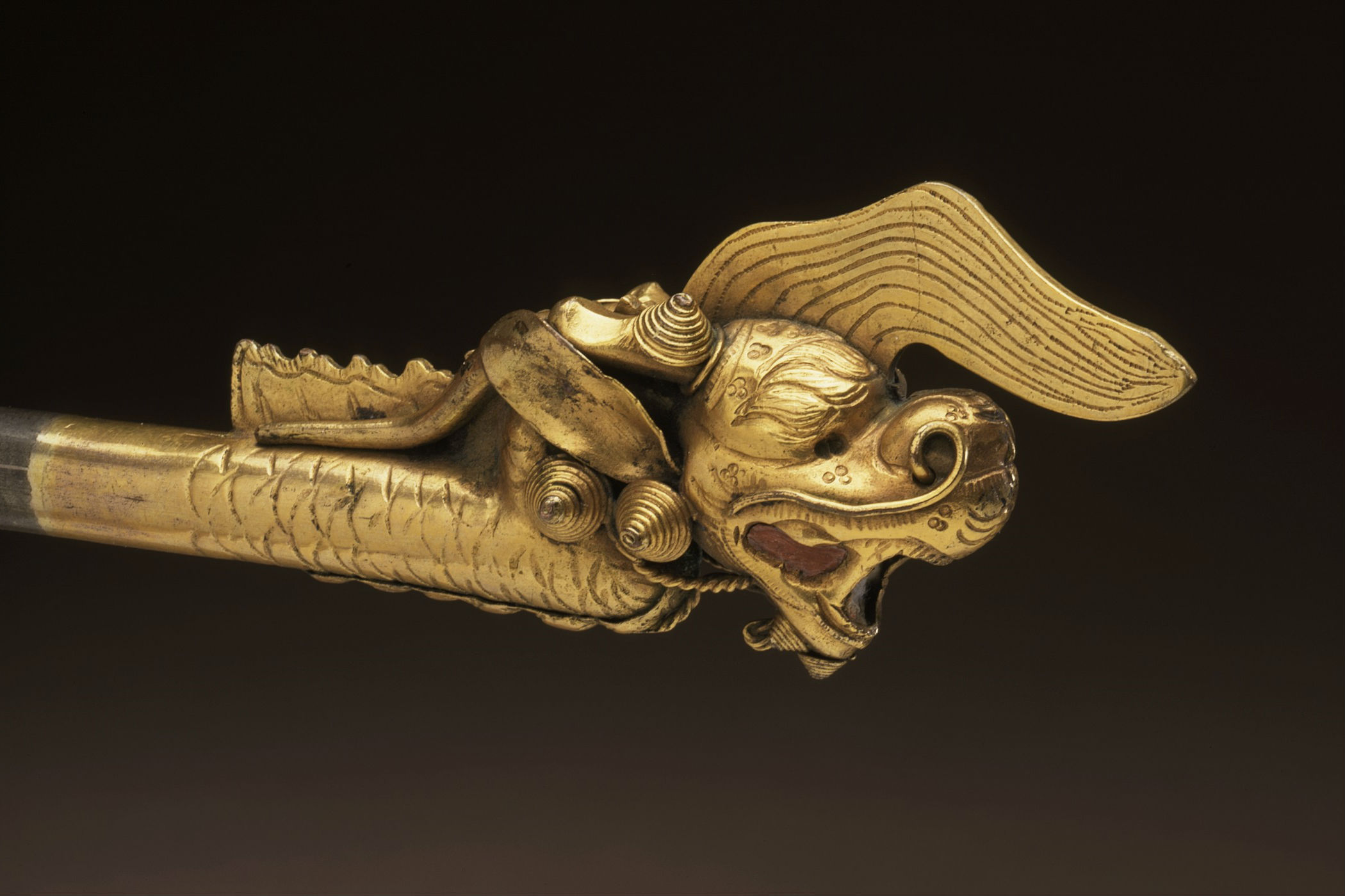 Jewelry and Status Symbols of Korea

A glimpse of the historic jewelry and status symbols of Korea.

Jewelry of the Early Koreas

Early Korean smiths were specialists in goldworking. Their works, left behind in ancient tombs, reveal a society that lavished wealth on its rulers. Earrings, crowns, rings, bracelets and necklaces have all been recovered from royal tombs. As part of a much larger trade network, Korean jewelers drew their inspiration from Chinese, Greek, and Etruscan techniques.[1][2]

The Silla kingdom in particular enjoyed immense wealth and status for its time. Its goldsmiths produced elaborate pieces through filigree and granulation, or small spheres of gold soldered onto a larger piece. Royal crowns featured high, branching arms with dangling pendants of jade and other precious stones. Both men and women wore ornate earrings of gold, gilt-bronze, and silver. In some cases, the crowns of queens were more elaborate than those of their husbands. More gold artifacts survive from the Silla than from Goguryeo or Baekje. This may be due in part to their more secure tombs.[2][3]

Jewelry of the Goryeo Dynasty

In the wake of the unified Silla kingdom, the Goryeo dynasty devoted much of its metalworking to Buddhist statues. Goldsmiths of this time produced chunky ornaments of solid gold. They favored the looped earrings of the Silla, sometimes clasped instead of pierced. For formal occasions, colorful tassels were added to the earring for extra effect.[3]

Ornamentation in the Joseon Dynasty

The early Joseon dynasty suffered from metal shortages. Between regular tributes to China, military demand, and expensive official ceremonies, the yangban claimed most metals. In response, Joseon dynasty ornaments favored other materials. Glass beads, agate, jade, amber, ivory, pearls, coral, and silk were all common. Gold and silver could still be seen among the nobility, but they were rarer than in past centuries. Rings and ladies' hair-pins made up some of their most valuable jewelry, along with bracelets and earrings.[2][3]

Maedeup, a popular craft today, is a form of braiding and knotworking with dyed silk cords. The knots date back to 357 CE but grew more popular in the Joseon era. They adorned the accessories, clothing, and musical instruments of both men and women. Norigae strands, a tasseled mix of maedeup and jewelry, draped over a woman's skirt. They could also be crafted into small pockets and purses. Men of the yangban displayed their status through hats. A man's position in court determined both the style and the value of his hat.[3][5]